The Patent Process on the P.H.A.T. System

The concept of the system came to me back in 1991. I noticed that, when playing my Acoustic guitar, I found myself wanting to do things on my Acoustic guitar like I do on my electric guitar with the whammy bar, like being able to hold and vibrato whole chords, not just notes. I found this could not be achieved because there were no Acoustic guitars with tremolo systems that I could find on the market.

After years of researching, I began working a concept for the P.H.A.T. system. I studied the physics behind how a tremolo would work on an acoustic guitar and in 2002, I connected with Carlos Villamar, founder of The Villamar Firm PLLC and with his aid, the patent process began. 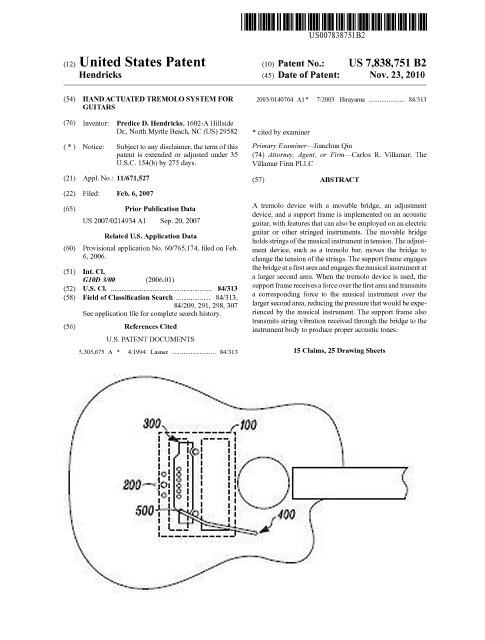 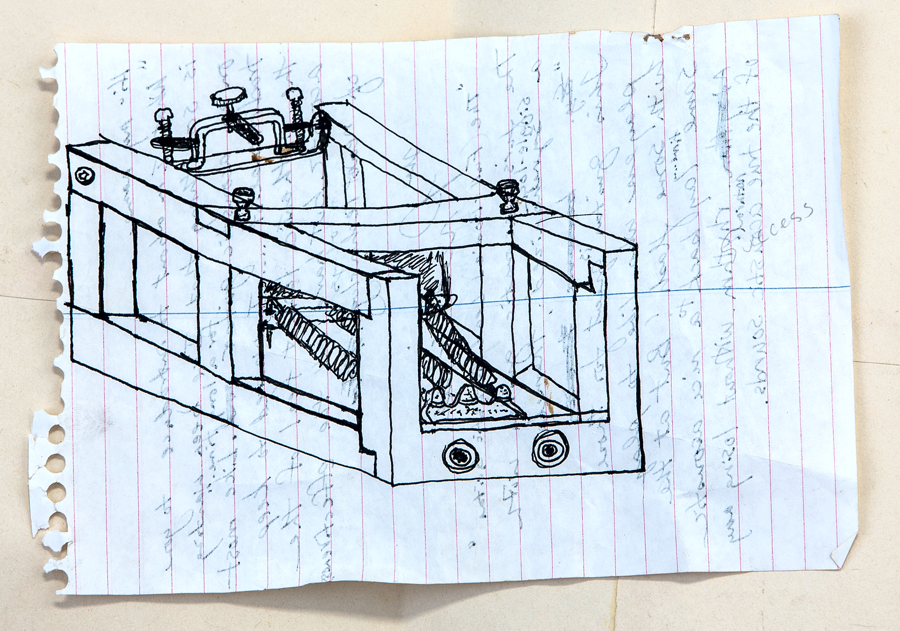 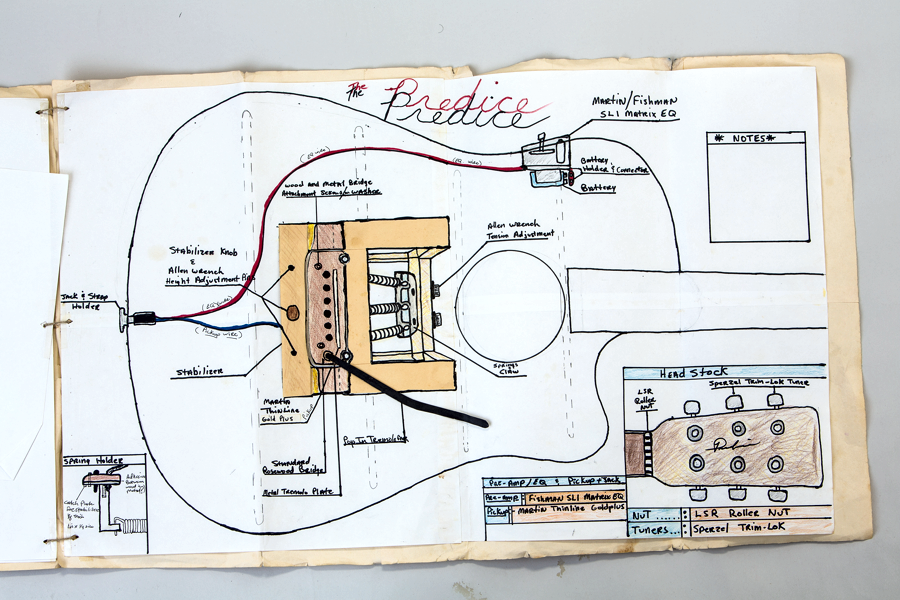 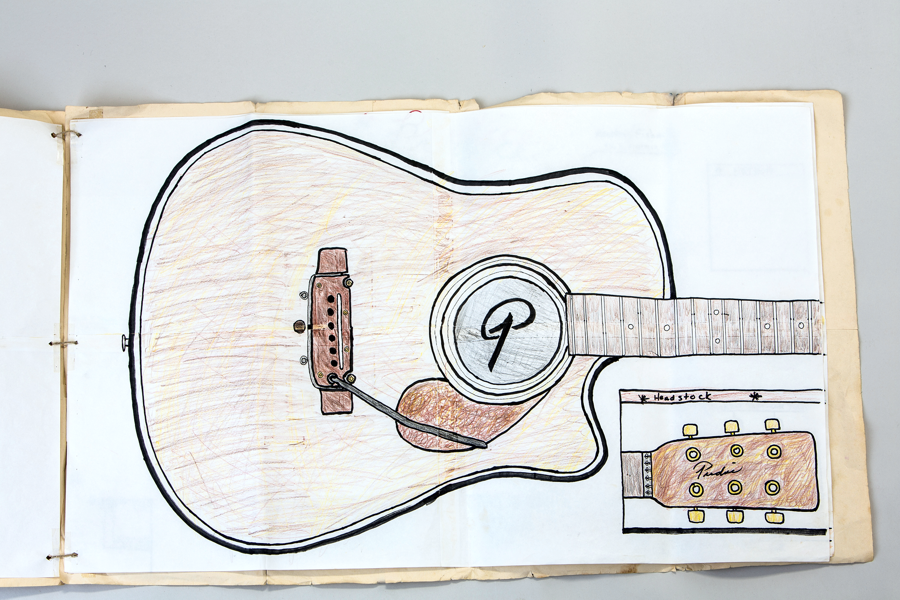 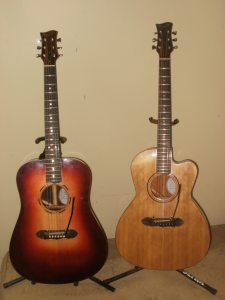 We reached “Patent Pending” status in February of 2007, and on November 10, 2010, we attained our “Official Patent Status!” US Patent No. 7,838,751 was granted! Yes, the whole process did take longer than anticipated due to the fact that most of this was self-financed, but the results are showing to have been well worth it!

A good friend connected me with Boot Arreola, Owner of BA Ferguson Guitars in Hartsville, SC. He is an incredible builder of custom guitars and I’m very fortunate to have met him to make my concept a reality. I was the featured guitarist for B.A. Ferguson Guitars at the National Association of Music Merchants (NAMM) convention in the summer of 2011 in Nashville, Tennessee. While I was there, I was able to make many connections! We then began the process of completing Prototype #1.

Prototype #1, the “Acoustic J-PH” (Dreadnought) model: This prototype offers ability to use the Acoustic Tremolo system on the basic/standard style of acoustic (no cutaway, optional electronics) adding in minimal extras to keep the cost down but still give you these cut-above-the-rest features!

This first prototype was completed and premiered LIVE on News Channel 15 on the Carolina LIVE Show out of MB, SC on May 22, 2012! An Important Milestone Achieved!

The plan is not only have this one prototype, the “J-PH” Dreadnought model completed, but to also incorporate these other variations which is apart of our current fundraising campaign. These include the standard “J-PH” Jumbo Model (with cutaway), the Acoustic Bass model, the PH Balanced (my signature series) model, and down the road, a 12-string model and a nylon string model. Below is a more detailed description of these models.

Prototype #1, the “Acoustic J-PH” (Jumbo) model: Same features as described above except with utilizing a larger body style and adding in the cutaway version for those desiring to utilize this feature.

Prototype #2, the “Acoustic Bass” model: Showing the P.H.A.T. Systems versatility with other Hollow-Bodied Stringed Instruments by being incorporated into the Acoustic Bass!

Prototype #3, the “ PH-Balanced” Lead Acoustic Signature Series model: Utilizing the following added extra features to create my Ultimate Guitar: Sperzol locking tuners, LSR roller nut, partially scalloped fret board, also my own patented design of a “stabilizer unit” which offers to utilize the bridge in 3 different bridge settings (Fixed, standard, and floating). The notation wheels/height adjustment screws, are to accompany whatever alternate tunings you desire. for example: Drop D tuning normally lowers the bridge. Turn the notation wheel to “D” and it will line the stabilizer up with the bridge to again offer the 3 different bridge settings.

I thank all of you in advance for taking the time to read my story and hope that you get connected and become a part of History-in-the-Making!

© Copyright. The P.H.A.T System | Predice Hendricks | Inventor of the Acoustic Tremolo System
+ Subscribe To Our Newsletter

Subscribe to our email newsletter today to receive updates on The Phat System and special offers!
No Thanks